As part of its internal communication strategy and its overall digitalization strategy, the City of Creil wanted to set up an intranet that could provide new services to its staff and meet their requirements for sharing and accessing the range of information and tools at their disposal.

A consultation was initiated by the steering committee, which was made up of the IT department and the communications department under the supervision of city management. The aim was to implement a v1 version that would integrate the essential functions while also being able to unlock new features down the line. The challenge was to find a modular and scalable solution on a relatively small budget.

Before sale, the Solstys teams provided the City with a model of the future intranet. Several staff tested the solution’s capabilities for content management, access rights, and were able to confirm that it was easy to use and set up.

This is was convinced the City to chose Solstys, as the I-Maj solution is so easy to use that staff with non-technical backgrounds can quickly take ownership of all the tools needed to bring content and news online.

The I-Maj solution was implemented on a City server with a personalized corporate identity and homepage. The standard modules were then configured and the modules developed specifically for the City were added down the line.

A link between the intranet and the existing authentication solution has been configured so that, once connected to their network, users are automatically identified on the intranet (Single Sign on/SSO).

Among the most important features on the intranet are: 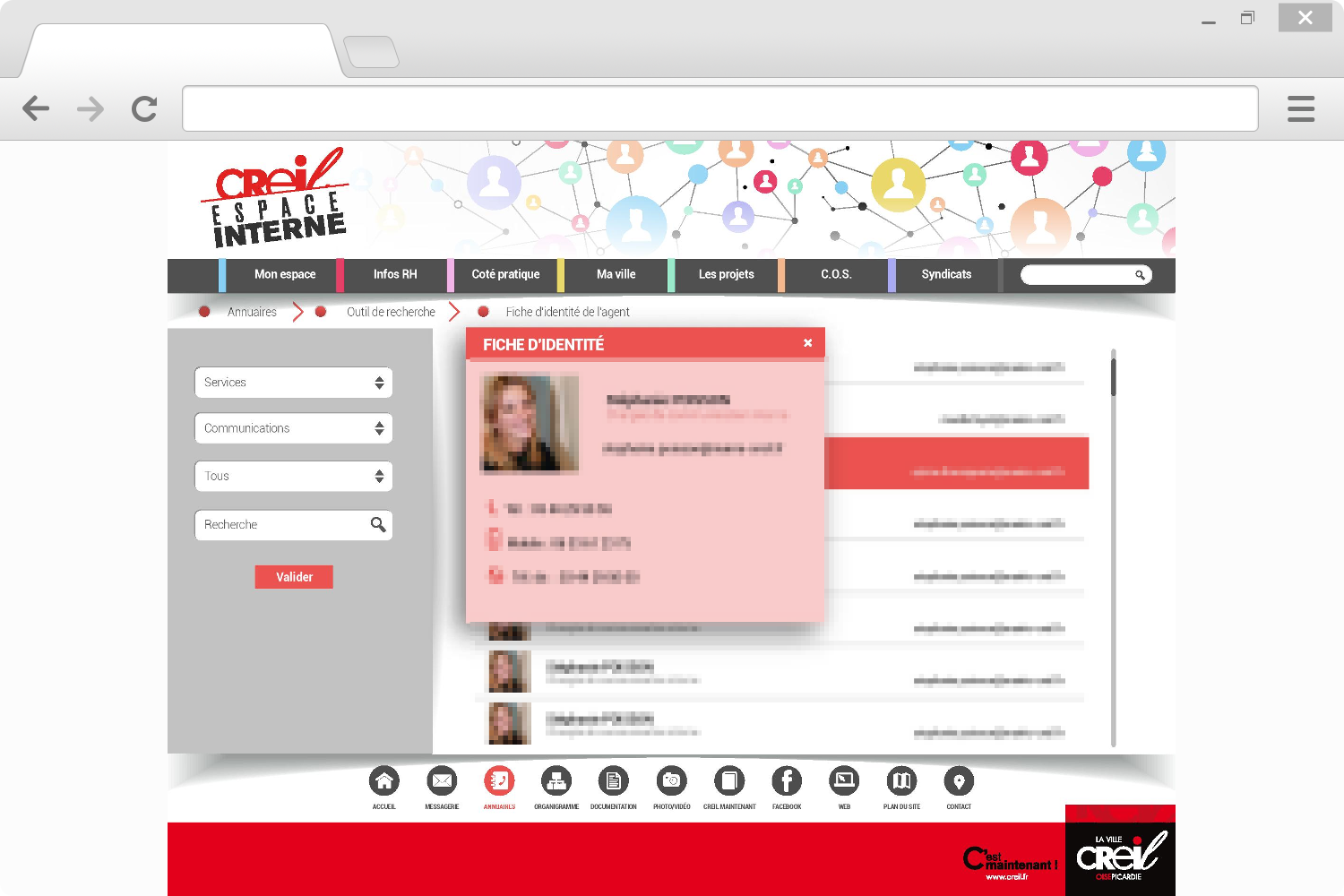 The Intranet administrators were then trained by Solstys at several sessions (approx. 8 hours).

The City of Creil can now manage its intranet entirely autonomously!

Now that the intranet has been launched and is already well used on a daily basis, the City of Creil is already thinking about the new features that need to be implemented to build on the range of services delivered by the first version.

Harness our web expertise to meet your requirements and experience great performance!

Page load link
We use cookies on our website to provide you with the most relevant experience by remembering your preferences and repeating your visits. By clicking "Accept All" you are consenting to the use of ALL cookies. However, you can visit the "Cookie Settings" to provide controlled consent.
Cookie settingsAccept all
Manage consent

This website uses cookies to enhance your experience when browsing the website. Among these, cookies classified as necessary are stored on your browser because they are essential for the basic functionality of the website. We also use third-party cookies that help us analyze and understand how you use this website. These cookies will only be stored in your browser with your consent. You also have the option to disable these cookies. But disabling some of these cookies may affect your browsing experience.
SAVE & ACCEPT
Go to Top